Gertrude Schneider's 1971 trip to Latvia marked the penetration of anti-Latvian Soviet propaganda into the mainstream. Showered by the Soviets with KGB-manufactured materials—books, brochures, and transcripts of fabricated show trials—purporting the U.S. had become a den of Latvian Nazi collaborators and Holocaust perpetrators, Schneider, herself a Holocaust survivor of the Rīga ghetto, returned home appalled and energized to root out the war criminals the Soviets had identified to her.

Schneider's gathering of Rīga ghetto memories formed the basis of her 1973 doctoral thesis: THE RIGA GHETTO, 1941 - 1943. Her thesis and derivative books over the years are widely acknowledged as seminal works on ghetto life.

Unfortunately, for accounts of the Holocaust at the ghetto gates and beyond, Schneider's thesis relied heavily upon on the Soviet propaganda she had recently brought back from Soviet-occupied Latvia. For example:

Avotiņš, Dzirkalis, and Pētersons are the the collective pen name of Paulis Ducmanis, a pre-war sports reporter turned Nazi propagandist turned Soviet propagandist, and his anonymous KGB masters. Both Jeckeln's translator at his trial as well as a subsequent review of the trial transcripts during brief post-Soviet accessibility confirm Jeckeln never said this.

Holocaust scholar Andrew Ezergailis connected the alleged Jeckeln statement with its source and author, Paulis Ducmanis, who confirmed that Daugavas Vanagi was a book of lies concocted, by its naming of names, to maximize believability. Ezergailis and Ducmanis eventually became drinking pals in Rīga.

Nor did Jeckeln make any of the widely attributed statements at his trial regarding the three most cited "truths" about the Holocaust in Latvia, those being: 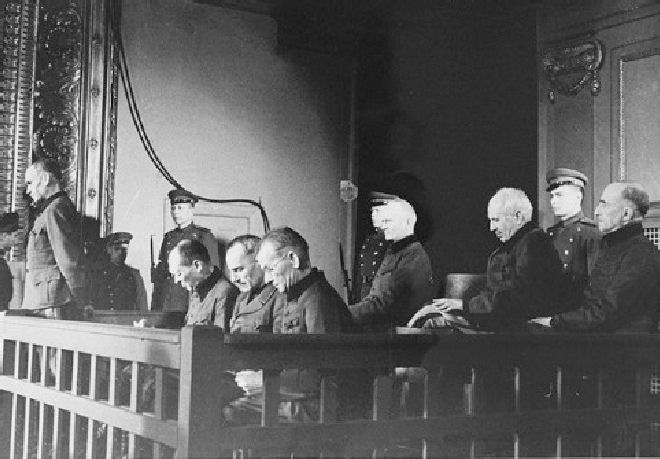 Jeckeln at his Soviet trial for atrocities in the Baltic states (Ezergailis, Holocaust in Latvia)

If we compare Schneider's thesis to her updated 2001 Journey into Terror: Story of the Riga Ghetto, given what we know now—and in 2001—about Ducmanis' fiction, how has the passage of time impacted Schneider's narrative?

Schneider's account is virtually unchanged from nearly three decades prior except for embellishing Latvian eagerness to kill their neighbours and eliminating the inconvenient citation to the KGB's invention.

And what of Prof. Dr. Andrew Ezergailis, the Holocaust scholar who also—initially—fell victim to Paulis Ducmanis' master-work promoting the "Germanless" Holocaust—never expecting to some day share cognac with him in Rīga, even visit him at his home? From Journey:

There is, furthermore, a pseudo-scholarly work by a Latvian-American,[a] which was supposed to show the complicity of the Gentile Latvians in the murder of both native and foreign Jews, but instead became an apologia.

Schneider denigrates Ezergailis' scholarship on the Holocaust in Latvia and insinuates he is an ethnically motivated Holocaust apologist. Ezergailis is the widely acknowledged pre-eminent authority on the Holocaust in Latvia and the work Schneider cites is the seminal work in the field.[1] Unfortunately, it appears Schneider would rather impugn Ezergailis's motives and scholarly integrity than confess she was similarly swept off her feet by Ducmanis' masterwork—after dancing with the KGB at a soirée in Latvia.

We understand now why Ezergailis, in his retrospective, laments the loss of a friendship and colleague.