It was inevitable that the U.S.S.R. would target Vilis Hāzners for a host of reasons: his staunch anti-Sovietism and work with Radio Free Europe—it would be naive to believe the Soviets were unaware of his role gathering intelligence for the CIA; his leadership role in the Latvian Legion veteran's association, Daugavas Vanagi; and his leadership role and political activism in the post-WW2 Latvian émigré community. 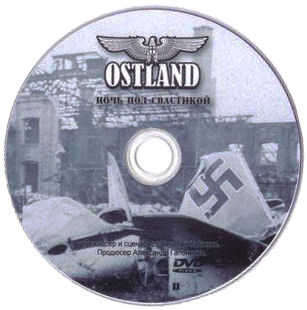 Soviet era "Latvians are Nazis" propaganda now available on DVD, "coincidentally" released several days before the annual commemoration of the Latvian Legion in 2013.

Reviewing the chronology of propaganda leading to the INS charging Hāzners:

one might believe the Hāzners matter was closed in the eyes of the Kremlin. But no.

Russia invented ethnic cleansing in the 19th century: "the plan of action decided upon for 1860 was to cleanse [ochistit'] the mountain zone of its indigenous population," referring to the Circassians, which campaign took such a horrendous toll that it has been called genocide. Per the memoirs of Miliutin, who proposed the action as early as 1957. Russia's campaign of destruction against the mountain peoples of the Caucasus—the Abazas, Circassians, and Ubykhs—set the pattern for future mass deportations and genocide.

Given today's Russia has done away with Soviet-era pretenses at diplomacy in its overt hybrid warfare against its neighbors, all of whom it denounces as resurgent fascist states, it is unsurprising that propagandistic Soviet accusations live on long after the U.S.S.R. and Hāzners have both passed into history.

Still, that Hāzners continues to draw the Kremlin's ire is a litmus test by which to judge that Russia is unrepentant in glorifying its Soviet past, never to atone for the atrocities the U.S.S.R. visited upon its sovereign neighbors. Russia cannot contend it is the sovereign continuation of the U.S.S.R. and simultaneously insist it bears no responsibility for the crimes of its predecessor—crimes it has continued to perpetrate in the post-Soviet era against Moldova (during Yeltsin's tenure), Georgia, and Ukraine.

Regimes change, but that Russia measures its self-worth by the size of the geopolitical pyramid it dominates—by whatever means necessary—remains constant.