Most Honourable President of Latvia!

First of all, I would like to emphasise that the Latvian Historians' Commission, which was established in 1998, has palpably invigorated research activities regarding the criminal policies of the occupying German authority in Latvia during the years of World War 2. We examine, increasingly, the Holocaust, the system of Nazi-established repression; we establish more precisely the extent of Nazi terror and repression. Historians of Latvia[2] are dedicating particular attention to the problem of collaboration, underscoring, that cooperation with the occupying Nazi forces on the part of Latvia's inhabitants was largely rooted in the first Soviet occupation from 1940 to 1941 and efforts to regain Latvia's national independence lost in the process. Latvia's majority remained loyal to the de facto extinguished Latvian state.

A very important research problem is the process of the change in power on Latvian territory in the summer of 1941 after Germany's attack on the Soviet Union. Currently, one finds divergent and conflicting views in the historical literature. Some historians are of the opinion that after the departure of Soviet troops in late June and early July of 1941, there was a power vacuum (the so-called "interregnum") period during which Latvian self-defence forces "shot the Jews without German presence or knowledge." By contrast, other researchers are convinced that the Germans fully controlled the situation from the outset and that there was no lingering "interregnum" period. Many recent studies have mostly confirmed precisely this [latter] view. 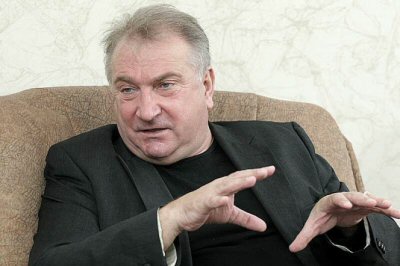 Researching the history of the "Latvian SS Voluntary Legion" — or more simply the Latvian Legion — and at the same time refuting the rather widespread misinformation regarding Latvian participation in German military units during the Nazi occupation are vital assignments for historians of Latvia. There are no grounds for the claim of a direct relationship between the Latvian Legion, whose organization commenced at the beginning of 1943, and the war crimes of earlier military or paramilitary units. The nexus of adversarial propaganda about Latvia: self-defence — police battalions — ascribe guilt [to the entire Legion] owing to their membership in the Legion and not based on facts. Latvian soldiers did not participate in repressive actions, instead, they fought only at the front. Not a single Latvian Legionnaire has ever been tried in any court for war crimes while in the service related to the Legion. The Legion was created about a year after the last mass murders of Latvian Jews. If at the end of the war, individuals who had been members of earlier SD, i.e., Nazi Party and SS Security Service, subordinate entities and who had committed war crimes wound up in [the Legion], that does not make the entire Legion criminal.[3] Already in the judgement of the Nuremberg Military Tribunal delivered on 1 October 1946, the range of individuals to be included in membership of the criminal SS organization is specified quite precisely, mentioning as an exception those forcibly conscripted (in Latvia's case—the vast majority) if they have not committed war crimes.[4]

The formation and activities of the Latvian Legion must be seen and evaluated in the context of the command and function of military formations across all Nazi-occupied and controlled lands. Such a perspective is historically substantiated and opens wide possibilities for comparison. This reveals that the "Latvian SS Voluntary Legion" was no exception in Europe. Volunteers [non-conscripts] joined the Waffen-SS at the outset of the war from the "Germanic" countries — Denmark, Norway, Holland, Sweden, Belgium and others. In the last years of the war, the Waffen-SS gradually lost its initial elitist character and changed from the "Führer's Guard" into a "a multinational army". Deterioration of Germany's situation, heavy casualties, as well as the crisis within the Germanic volunteer movement forced the SS leadership to abandon "racist ideas and criteria" in the assembling of SS units and to incorporate "non-German" peoples. The Waffen-SS included divisions or smaller units of French, Belgians, Ukrainians, Russians, Italians, Byelorussians, Cossacks, Croatians, Latvians, Estonians and other peoples. A particular phenomenon within the Waffen-SS were Muslim units — for example, the Eastern Turkish Arms Unit, the Tatar Mountain Brigade, or regiments and divisions of Muslims living in the Balkans. In 1944, Waffen a total of more than 910,000 men served in the Waffen-SS. Of these, approximately 57 percent were not Germans from Germany.

Formation of the Latvian (and Estonian) Legion was largely a result of direct mobilization. There were relatively few actual volunteers. These constituted no more than 15 to 20 percent of the total. The German occupying authority's use of the label "voluntary" everywhere was a deceptive manoeuvre to hide that [their] mobilization campaigns were illegal. While Latvian military formation membership in the Waffen-SS was formal, it was not dependent on the the Latvian soldiers themselves. The Nazis quite simply decided to include any units created from the population of occupied countries in the Waffen-SS. They needed cannon fodder[5] to delay their foreseen and inevitable military defeat.

Creation of the Latvian Legion took place at a time when the Germans were already no longer seen as "liberators." Speaking in the words of the well-known Latvian writer Sigmund Skujiņa, "the time spent in the Reich eagle's claws has turned the honey of hope into dregs." In spite of this, many Latvians considered the mobilization of the Legion acceptable in view of specific historical circumstances. Others, for their part, "went into the Legion" submitting themselves to the inherent hypnosis of harsh authority. For revolt against harsh rule carries with it the danger of immediate hopelessness, while obedience to rule still preserves possibilities [for the future].

Doubtless, that Latvian Legionnaires fighting on the side of Germany is associated with collaboration. That included a moment of cooperation with the Nazi occupying power. That said, this cooperation was largely driven by the Soviet Union's aggressive and criminal policies in the Baltic States from 1940 to 1941, its results and social-psychological effects, as well as efforts to reclaim Latvia's independence lost as the result of the Soviet occupation. Germany was an ally dictated by and forced upon the Latvians by circumstance. During the Second World War, no one, not even the Great Powers, could choose their allies based on ideological convictions or on the basis of some sort of moral considerations. Everything was determined by the interests of one side or the other.

It is difficult to imagine it being possible to establish the Latvian Legion if Latvia had not been occupied and annexed in the summer of 1940, and its inhabitants subjected to terror and deportations. Numerous documents of German origin clearly reveal this character by the feelings of the men of the Waffen-SS 15. Latvian divisions. One of them states

(I quote): "They want a permanent Latvian nation-state. Given the choices placed before them — Germany or Russia, they have chosen Germany..., for German domination seems to them the lesser evil. Latvia's occupation... deepens hatred of Russia. They look upon the fight against Russia as their national duty." (End of quote)

Latvian Legionnaires fought against the Soviet Union because they did not wish for it to re-occupy Latvian territory, to terrorize and annihilate its inhabitants. Although the USSR was an ally of Britain and the U.S., the Latvian Legionnaires did not see theirs as a fight against the entire anti-Hitler coalition. In large part they were positively disposed toward the West and attached to them great hopes for the restoration of Latvian independence. However, in the historical situation of the time, that was the purest of illusions. The West bowed to pressure from the USSR and offered no objection to Latvia and the other Baltic States remaining as part of the USSR. As it turned out, Latvia, Lithuania, and Estonia were the only occupied countries whose independence was not restored after the Second World War. Only in 1991 did the Baltic States succeed in restoring their national independence.

A number of documents of German origin testify that quite a strong anti-German sentiment ruled over the Latvian Legion units which underwent training in Latvia, even to the extent that the absolute necessity to protect Latvia, if need be, against the Germans was discussed in officers' circles. Many Latvian soldiers looked upon the Legion as the nucleus of Latvia's next national army and associated participation in the war against the USSR as the fight for restoration of Latvia's independence. The views of the Legionnaires are clearly revealed in letters to their families and loved ones. As documented in the records of the postal censor, the letters of the men of the 15. Latvian Division contained the idea that, in order to keep fighting, along with the "negative goal — that of stopping Bolshevism" there was also needed the positive — Latvia's autonomy. In the summer of 1944, as the front approached Latvia's border, this requirement took second place, for the main concern was about the direct threats that had arisen against their homeland.

The Latvian Legionnaires were compelled to fight under very unfavourable conditions. The so-called Latvian Self-Administration had failed to achieve even Latvian autonomy. Despite this, it was actively involved in the formation of the Legion. That was a huge political mistake. All the power belonged to the Germans. They made the key decisions. No Latvian could, in fact, influence whether recruitment into the Legion would, or would not, happen.

Important in the motivation of the Latvian as well as other European peoples to cooperate with Germany was "participation in in the Crusade against Bolshevism." However, unlike, for example, "German volunteers," the Latvian Legionnaires did not fight for National Socialist ideals or for the German-advocated "New Europe." They were not the Führer's "political soldiers." The conviction that National Socialism is the ideology of the future was completely foreign to them. Latvian Legionnaires identified with neither Germany's ideological nor military goals. They needed Germany as an ally to enable them to fight against the USSR, against Bolshevism.

Thank you for your attention!